skip to main | skip to sidebar

It was a blustery weekend in Muskrat Flats. The wind was conducting a symphony as the poplars bordering the vineyard...


It was a blustery weekend in Muskrat Flats. The wind was conducting a symphony as the poplars bordering the vineyard at the Farm and Agricultural Museum swayed and crackled in the piercing breeze. Their branches fluttered and snapped together as they collided, tapping and scratching each other - perhaps reaching out to make sure the other was still there. The trees were silhouettes in the dusk pacing through a dark lonely dance – a dance which was easily heard at the Muskrat Flats Odd Fellows Hall, not that far away, at the corner of Petersen and McKernan streets.


An odd bunch they were, the boys who joined the fraternal order. Sid Bartleby and Moe Eckstein were holding court at their table next to the fireplace.  Forever comrades much like the poplars at the edge of the forest. They were rooted in Muskrat Flats as sure as any tree was. If the chose to leave it was always at a soft delicate pace, a pace which would undoubtedly insure a safe return, about as far away from a hard run as anyone could get.

Moe’s sonny boy, Gomer, was there as was Iva Sid’s wife. Iva had become a little riled up earlier in the afternoon as she was working as hostess for a baby shower, a new service the Odd Fellows were offering at the Hall. The shower had been scheduled to be held in the all season room, a lovely little screened in hideaway porch which abutted the edge of the picturesque town common. The lovely newlywed bride from the nearby town of Dana arrived with 35 of her friends and family members. The tables were set with white linen and pastel blue napkins. The place settings were fine eggshell china with highly polished sterling silver flat ware. On serviettes in the between place settings were hand curled butter rosettes on plates garnished with fine micro greens and brightly colorful and fragrant edible flowers. There was an equally colorful flower centerpiece and delicately carved watermelon boats for the fruit salad. The chef Iva contracted to help with the finer points of presentation did not disappoint. Never one to ask for help, Iva was glad that Sid and Moe talked her into trying out the chef.
As brunch service had begun and the first course of chilled melon soup was being cleared by the busser, it became obvious that the Hibernian Flatlanders, the local Pipe and drum Corps were hosting their annual auditions out on the common. The ladies from Dana gingerly tucked into their next course of Eggs Benedict while being serenaded by countless off key renditions of Amazing Grace and Highland Cathedral as this year’s prospects demonstrated their new found piping skills.
Moe and Sid enjoyed stepping outside to watch Iva argue with four men in tartan kilts and tie dyed shirts and weakly disguised "open containers" as she shouted over the droning field pipes, pleading with them to stop.  At one point the one of the more lubricated corps members accused Iva of treating them like second class citizens finishing his rant by saying, "An next, I suppose you'll be trying to serve us Haggis, the undesirables that we are!" That was it. Iva threw her hands up and made a bee line back to the hall.  Both the ladies from Dana and the Hibernians survived the ordeal. Iva was not pleased She was stressed out. Moe just shook his head lovingly and said aloud, "I love that girl."


Back in the main room a group of Odd Fellows sat enjoying some warm blueberry muffins and coffee.


On the TV, talking heads were arguing about the politics of the day. “This is stupid!” Someone shouted and hit a button on the remote control. The television flipped to another station. This time the show was the WAR Professional Wrestling Network. On the screen was a burly intensely muscled wrestler with olive skin. He was bare chested and bald headed wearing tights with a print of the Puerto Rican flag. The wrestler, Rican Havoc, was staring intently into the camera lens pointing and issuing threats and warnings in a very thick Spanish accent. He bellowed as spittle sprayed out of his mouth giving the camera a glimpse of his gold teeth, “Jou got jokes, huh? You make fun of my manager, Tweeting that he has car trouble -  tha he blew a tranny. You tell people Rican Havoc's son is getting your bike for Christmas. Juo wanna fy out wha I gonna do, jou step in tha ring with me. Jou disrespect me, make funo my accent, Jou will experience why they call me Rican Havoc.” This went on as the announcer intently held the microphone in front of him. Rican Havoc was posturing and directed his rant at any wrestler who dared to tell a racist joke about him or questioned his choice of managers.


“Jou disrespect me, jou come in da ring a we settle this, ain’t that right Senor Rita?” Behind Havoc was his mustachioed manager who was wearing a long, strapless, off the shoulder, yellow gown. It was the kind favored by Mexican artist Frida Kahlo. Aside from the gown and the fact that he was petting a miniature Chihuahua named Diego Rivera who was wearing a pink doggie shirt with a stencil which read "LGBTQtie Pie." Havoc’s manager, Senor Rita looked every bit as menacing as he. Senor Rita, darker skinned than Havoc had muscles bulging out of the dress., which fortunately was strapless as it would not have fit over his shoulders. The seams of the dress didn't look like they would survive the interview, hopefully Senor Rita had the foresight to utilize a corset to contain his girth. Senor Rita stepped to the microphone and  handed Diego Rivera to the announcer. The announcer tucked the shaking chihuahua under his arm and relinquished to mic to Senor Rita so he could get a better grip on the dog. He pointed at the camera lens. Havoc stood behind Senor Rita, his arms crossed over his massive chest flashing his golden grill. Before Senor Rita could embellish what Rican Havoc had just said, the screen went blank.


The boys turned around and encountered a still fuming Iva, who was holding the remote. She simply shook her head and barked, “What are you guys, 12 years old? Go home to your wives, for chrissake.”


Moe and Sid exchanged a knowing glance and smiled at each other determined to stay out of her line of fire until she simmered down a bit. Iva usually wasn't like this, but when she had a bad day she was a force to be reckoned with. Senor Rita and Rican Havoc would not have stood their ground if Iva was on the war path.
As chaotic and turbulent as the week had been, as depressing as the news may have been. Sid and Moe were in their favorite spot, at their table near the fireplace underneath the impressionist painting of Sheriff Hawthorne. A town seemingly frozen in time, Muskrat Flats has its quirks and its characters, but quite honestly, Rican Havoc and Senor Rita would not only be welcomed there, they would fit right in. Compared to what was happening on Reality TV and in the rest of the country Muskrat Flats was most normal place a guy or gal could want to be.

Until next time, I have places to go, people to see and diplomas to pick up. As always, you will find me Running Hard Out of Muskrat Flats.

Posted by Running Hard Out Of Muskrat Flats at 11:14 PM 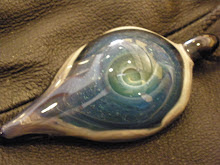 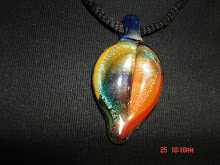 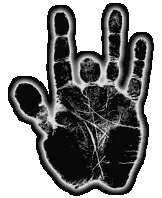 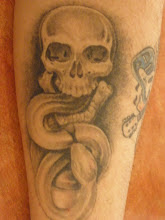 Running Hard Out Of Muskrat Flats
Springfield, MA, United States
I am a single Dad. I am a chef by trade. I have had a long association with the Drunk Stuntmen where I functioned as a writer for their website. I play guitar, I make glass art and often submit to my bohemian artistic leanings which creates an air of solace and serenity in my life. I front a band called Glenwood Mills. We rock!!